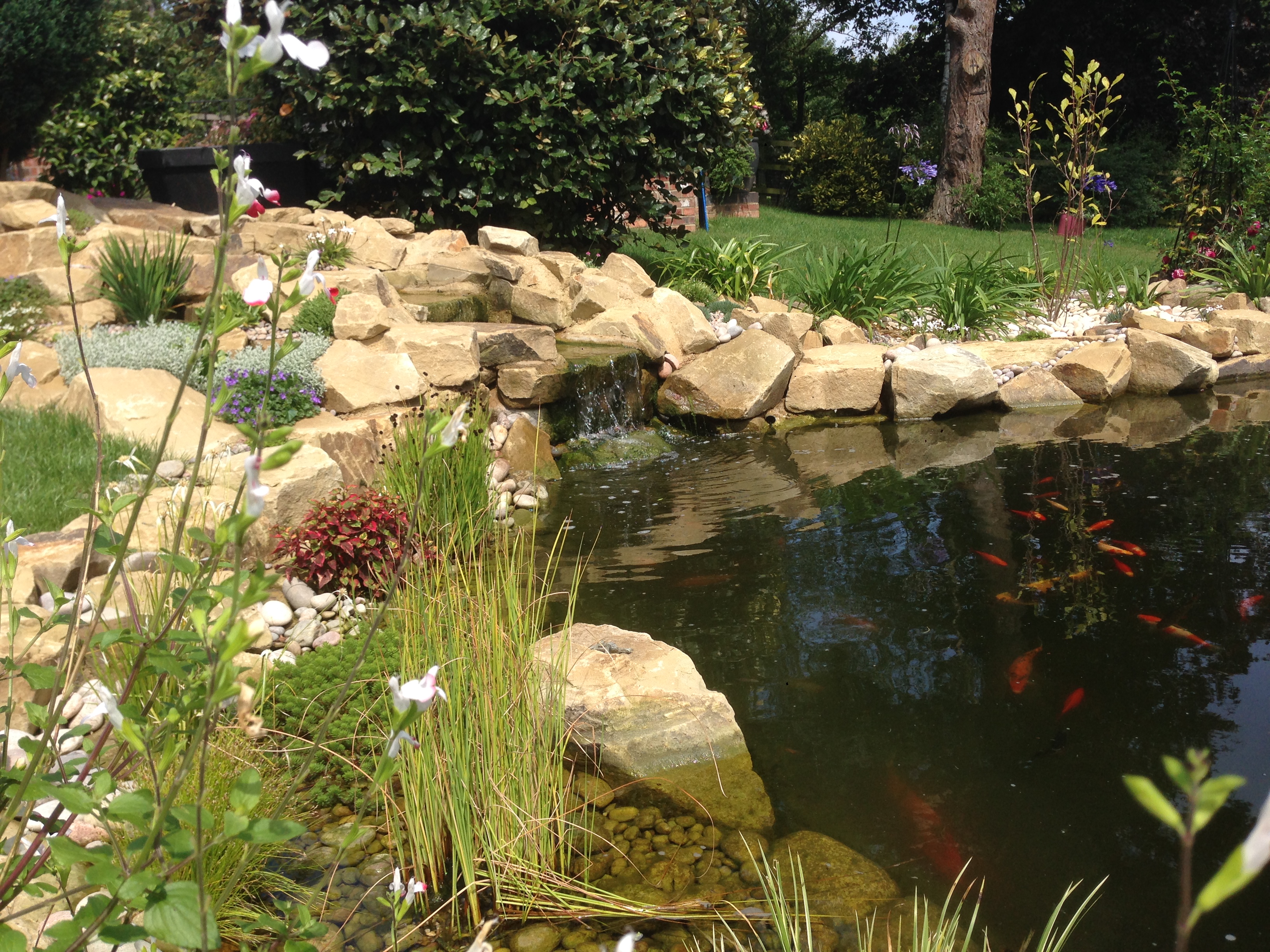 To refurbish the existing goldfish pond into a larger feature pond but to keep it looking natural with the use of York rockery stone Caledonian cobbles and pebbles. To add a new watercourse and to upgrade filtration system.

The existing pond was emptied out and the fish and plants put in temporary holding tanks. The old liner and edging were removed and the pond was dug out to the required size. A block wall was built on the backside of the pond as the area was on a slope. The soil that was removed was then put behind the wall to grade it off back to grass level.

A thick rubber liner was used with protective fleece underlay and then the whole pond dressed with the rockery stone. The new filtration and watercourse were also built. Some of the old pond plants were used again in the specially made planting areas and also many new ones. 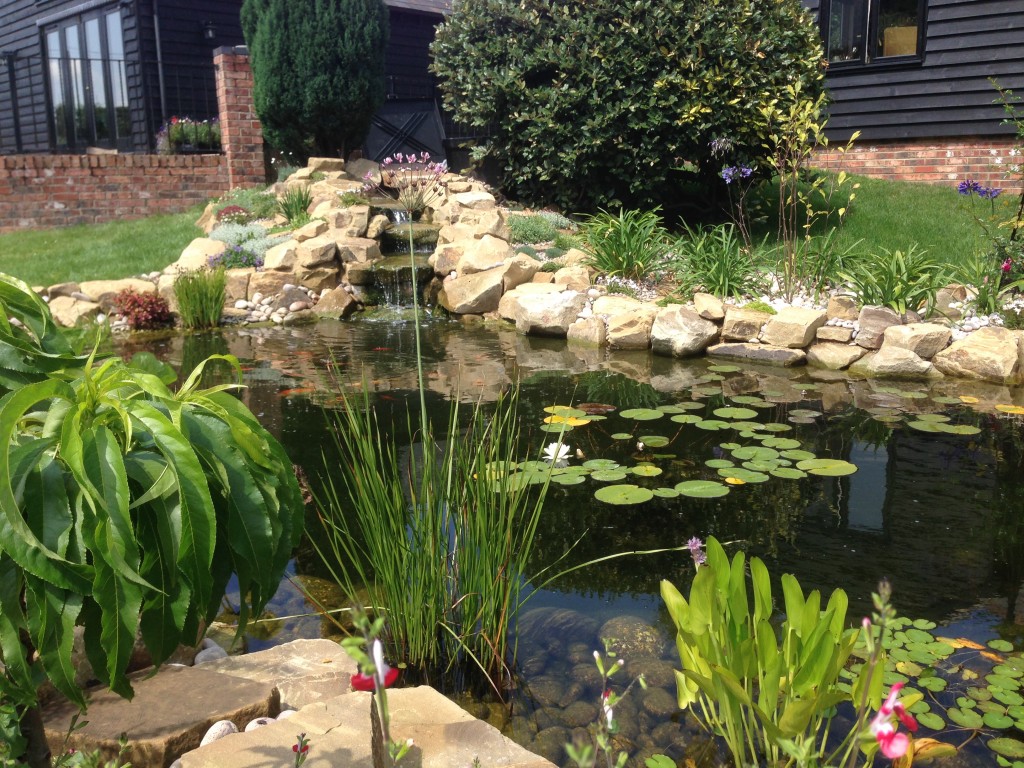 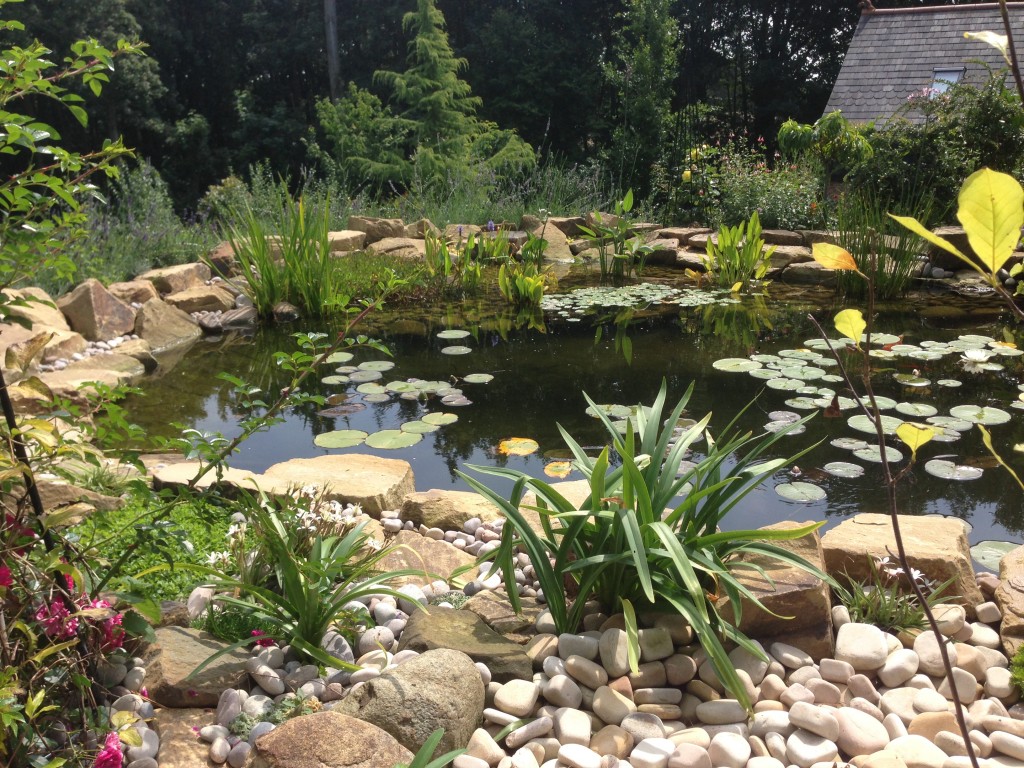 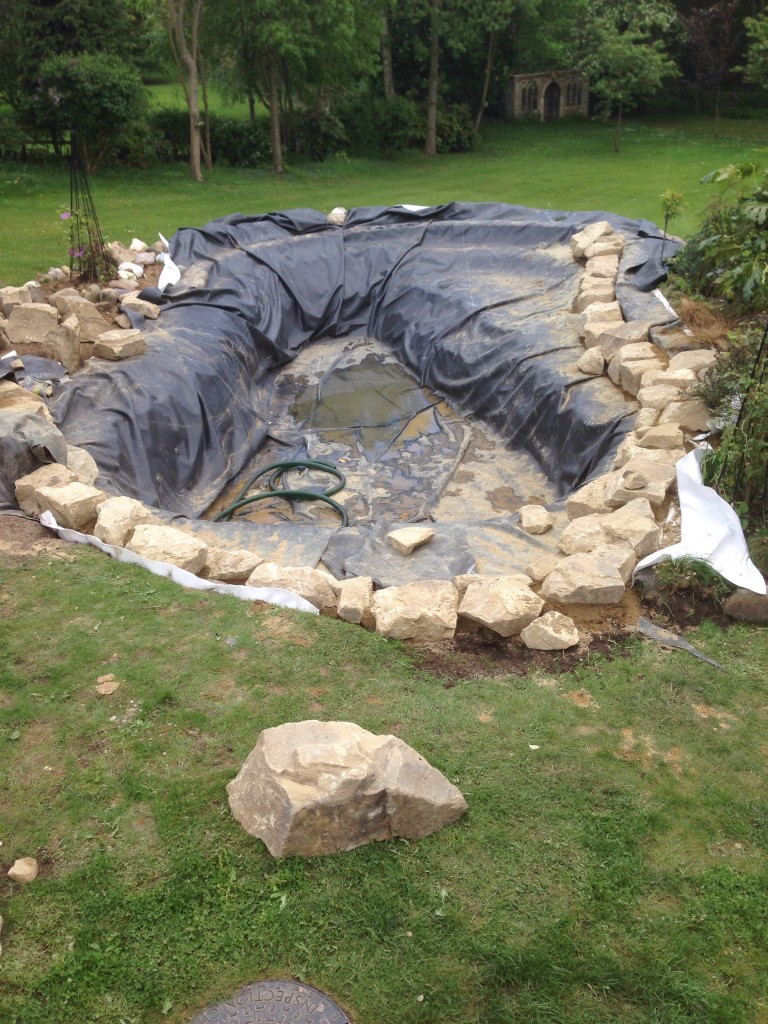