This old farm pond was in need of de-silting due to the build up over many years of leaf litter and decaying matter in the water. The client wanted to bring what was becoming a dying pond back to life and to encourage wildlife and pond inhabitants to return.

The pond was initially drained. We then made a ramp into the pond at one end and using an excavator and dumper we were able to track into the pond and drive the dumper in behind. The silt was then loaded into the dumper and tipped around the site where the client wanted to raise the ground level. Once the pond had all the silt removed the ramp was removed and the bank re-graded the pond was then left to fill naturally. The pond has now been planted with lilies, oxygenating plants and marginals and been stocked with Rudd and Golden Rudd. 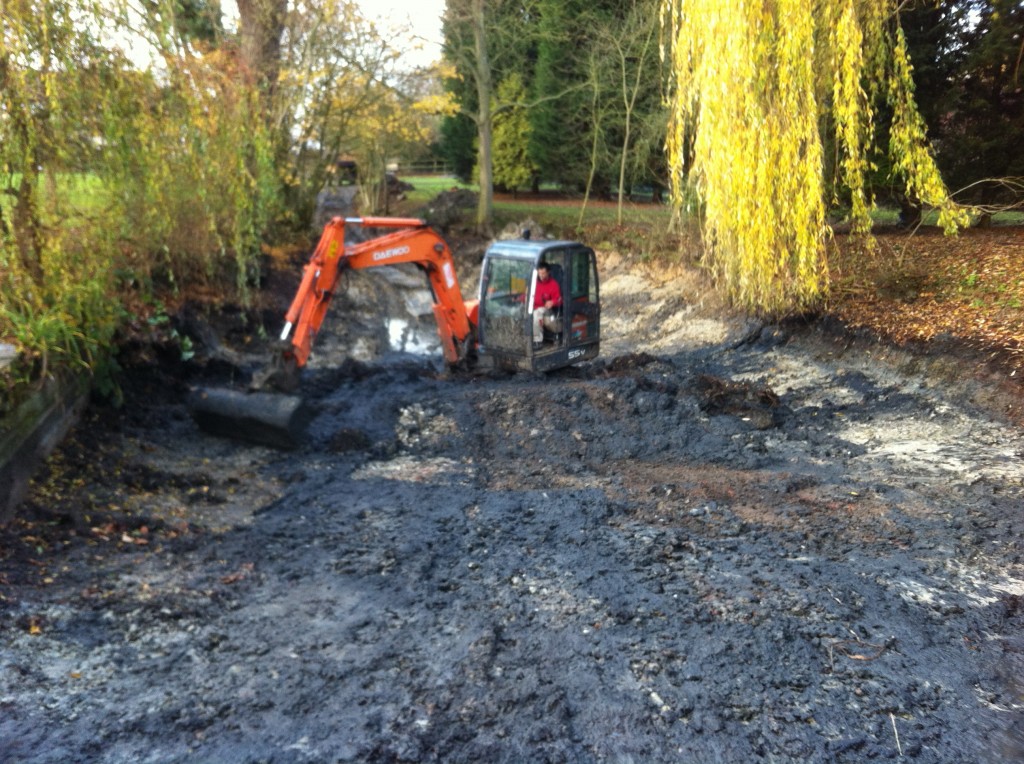 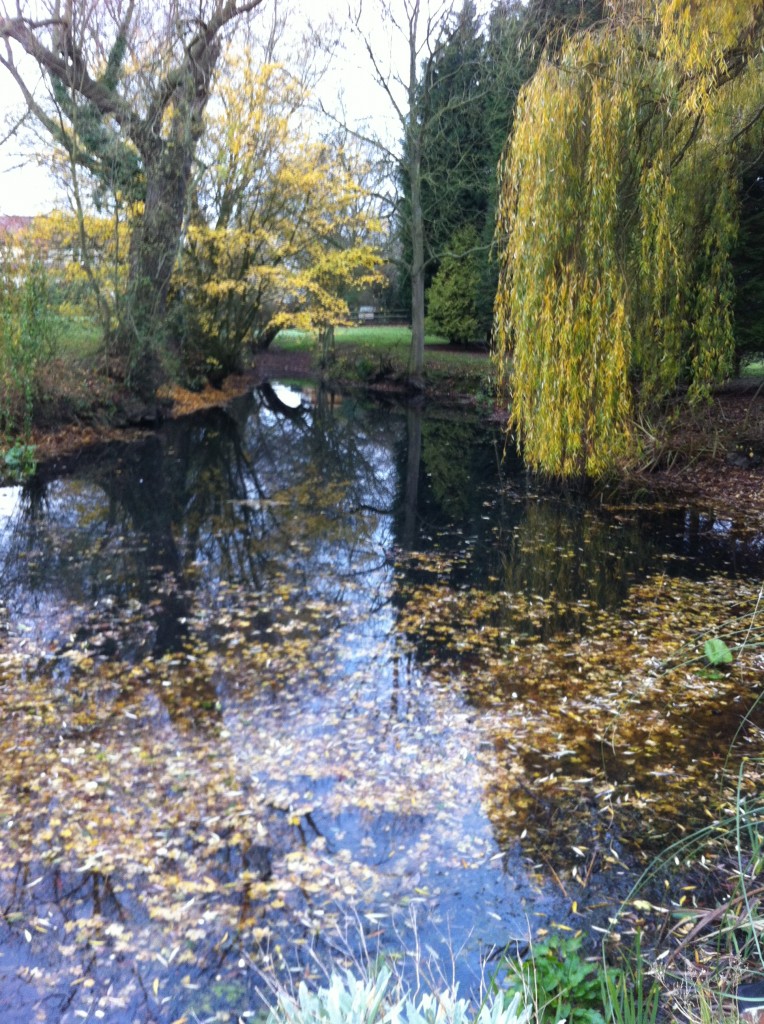